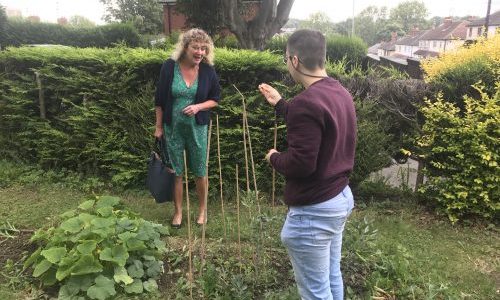 Last Wednesday Carol called in at Harrison to say “hello” to the young people and staff in a socially distanced visit in the garden. One of the young people was very keen to show Carol his garden and they chatted away about the beans, pumpkins, tomatoes and onions that he is growing. The home has already enjoyed some of this year’s crop. Recipes were discussed about how best to utilise the rhubarb, with an apple and rhubarb crumble being the favourite. Carol was able to chat to 3 of the young people and a number of staff. “It was great to be able to see people again after a few months away” she said.