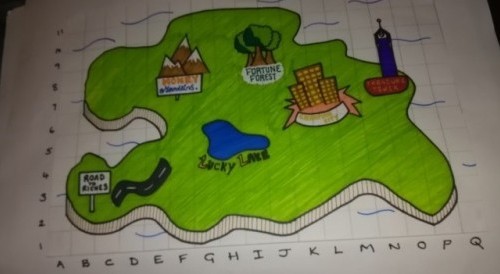 Over the past few weeks we have been doing a fundraiser during the Older People’s Groups in Bradford and also at St Winefrides Christmas Fair.
This was in the form of a treasure hunt! Under one square was hidden treasure of £100. Whether it was Lucky Lake or Fortune Mountain people chose their lucky square. The game was sponsored by Melia Powell Family Funeral Care and the winning co-ordinates were chosen by Helen Brand and Lidia Gallucci prior to the start of the game.
The winner was Anita from our Tuesday Lunch Group. Don’t spend it all at once Anita! The winning square was H8. A fantastic £98 was raised. Thank you to all those who took part.